WHEN THE Lakmé Fashion Week (LFW) opened on 4 August, one set of designs stood out — striking red and black combinations, running motifs of diamonds and shawls and clean lines with bold architectural structures. The applause and the notice people took were an obvious testament to creator Asa Kazingmei’s talent. The 28-year-old marked his debut as part of the Gen Next Designers, who kicked off the 2012 Winter/Festive Edition of the LFW in Mumbai. The designer from Ukhrul, Manipur, has drawn on the customs of his people — the Tangkhul Naga tribe — to create his collection “Immortal”. “That is what impressed the panel that selected me for Gen Next,” he says. Over 250 aspiring designers applied from all over the world. Kazingmei was one of the seven chosen.

As a boy, Kazingmei stitched many of his own clothes. Growing up in Manipur in the 1990s meant that he was on the frontline of the Hallyu wave, which signified the meteoric popularity of South Korean music and entertainment. An avid watcher of Korean movies, his personal look — the stylised, streaked hair, zany jackets and trousers, the many scarves — is infused with a funky K-pop vibe. His designs, however, go close to the roots of his people. The traditional Tangkhul shawl raivat is made of handwoven textiles and a colour palette of black and red stripes. This is his basic storyboard. Building on that, he has created dresses with undulating hems and high collars. A vivid red weave overlaid on a basic black dress references the hand-woven nature of the material. Drapes have been reworked into broad pleats that carry zoomorphic imagery and traditional geometric patterns. The look comes across as edgy but stops short of being unrealistically futuristic. The clean cut renders it majestic. A non-fashionista would consider it cool.

“It’s very dramatic. He’s used traditional shawls and drapes to create a modern garment,” remarks fashion journalist Sathya Saran, who was on the advisory board of the LFW. She adds, “He is creating a western silhouette, because there is a market for that. Despite that, he is doing something different. This is not just another little black dress.” According to Saran, Nagas are a fashionable people, the best dressed in any gathering. Kazingmei has woven contemporary sartorial sensibilities and traditional gear with aplomb. He explains, “The motifs are a homage to the bravery of my tribe’s soldiers. And to the dignity of the people.” The shawl, which Kazingmei has spun into dresses, is traditionally worn only by the head of the house, or by the village headman. On the ramp, it is his cheerful salutation.

KAZINGMEI CAME to Mumbai in 2008 and joined the International Institute of Fashion Design for a year-long professional course. “I’ve been in the city for five years. Everyone has always supported me. And I’ll be able to push my business to a bigger scale. I am sure that in five years, I will establish my own brand,” he says. For now, he looks to popular upscale brands like Diesel for inspiration. “Right now, Renzo Rosso is my favourite designer. However, any designer associated with Diesel is my favourite most of the times.”

The dreams are big and he’s got stars in his eyes. However, Saran lines her praise with a warning. “He needs to get his marketing and production in place and he might go far. Most young designers fall into the same trap; they think they only need creativity,” she says. “If he avoids that, he could follow in the footsteps of Rahul Mishra, who debuted as a Gen Next designer and never looked back.” Creativity is not something Kazingmei lacks. High-heeled drama is a requisite on the ramp. However, if it can be scaled back, here are designs that could actually be part of one’s wardrobe.

Aradhna Wal is a Sub-Editor with Tehelka.
aradhna@tehelka.com

Want to join the discussion?
Feel free to contribute! 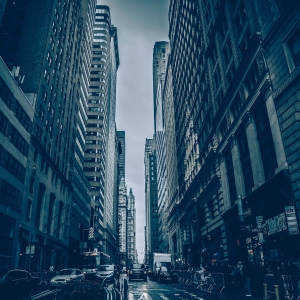